What I Came to Tell You

“Hays is a gifted storyteller, offering up an effective balance of credible emotion, understated wisdom, and gentle humor.”
—The Bulletin of the Center for Children’s Books, starred review

“Hays is especially strong at depicting the network of people, old and young, who help Grover and his family move through their grief and, along the way, save his beloved forest.”
—Publishers Weekly, starred review

“Hays’ story is filled with touching honesty and youthful wisdom, all of which help undergird Grover’s own discovery of the healing power of family, love, and art.”
—Booklist

“Readers will be quickly and surely drawn in by quirky siblings Grover and Sudie, rooting for them to find a measure of peace and happiness in the wake of tragedy.”
—Kirkus Reviews

“Throw in some local politics, prejudice, budding romances, family tugs-of-war and an odd man who seems to linger everywhere, and you have a penetrating and complex story of loss and, ultimately, the rebuilding of a family. Tommy Hays’ first middle grade novel, What I Came to Tell You, is a thoughtful, tender look at a family devastated by grief.”
—BookPage

Twelve-year-old Grover Johnston and his younger sister, Sudie, are left to grieve the death of their mother in their own way while their father retreats deeper into his work as director of the Thomas Wolfe home in Asheville. There is a bamboo forest near their home where Grover sets up a workshop and spends hours weaving beautiful tapestries from twigs, vines, and bamboo leaves. Then he and Sudie take the weavings to Riverside Cemetery and lovingly place them on their mother’s grave. Grover’s father sees his son’s art as a waste of time, and when Grover’s grades decline, his father demands that he spend more time on schoolwork and less time in the canebrake. A mountain family, also dealing with the loss of a loved one, moves into a rental across the street and barges right into Grover’s life and his beloved Bamboo Forest. In their own special way, this family changes the Johnston family and paves the way for Grover and his father to repair their relationship and move past their lingering grief. 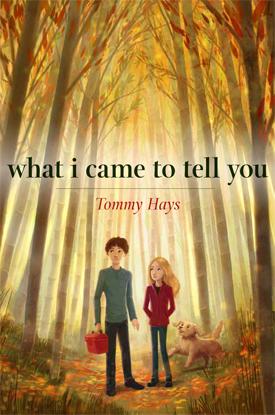