Tommy Hays is the author of four novels. The Pleasure Was Mine (St. Martin’s Press) was a Finalist for the Southern Independent Booksellers Alliance (SIBA) Fiction Award, and was chosen for numerous community reads, including the One City, One Book in Greensboro and the Amazing Read in Greenville, SC. The novel was read on NPR’s “Radio Reader” and South Carolina ETVRadio’s “Southern Read”. His other adult novels are Sam’s Crossing (Atheneum) and In the Family Way (Random House), winner of the Thomas Wolfe Memorial Literary Award and a selection of the Book of the Month Club. Tommy’s middle grade novel, What I Came to Tell You (Egmont USA), was chosen as a SIBA Okra Pick. He’s published stories and various pieces in magazines and literary journals such as Redbook, Our State, Smoky Mountain Living, The Chattahoochee Review and storySouth.

Recently, he was inducted into the South Carolina Academy of Authors, writers judged to have added to South Carolina’s literary legacy. In 2021 he was named to the Order of the Long Leaf Pine, the highest civilian honor bestowed by the governor of North Carolina. He’s a member of the Board of Trustees for the North Carolina Writer’s Network and a member of National Book Critics Circle. He is retired Executive Director of the Great Smokies Writing Program and Lecturer Emeritus in the Master of Liberal Arts program at UNC Asheville. He received his BA in English from Furman University and graduated from the MFA Program for Writers at Warren Wilson College. 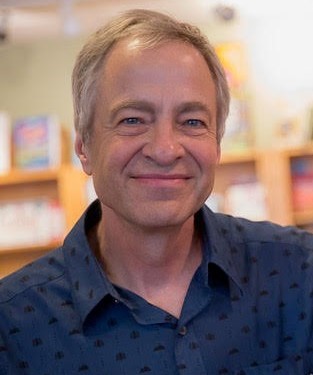