Kirkus Reviews review of The Pleasure Was Mine

…Hays beautifully captures a husband’s grief as he watches his beloved wife slip into Alzheimer’s.

“My wife has gone,” ventures narrator Prate Marshbanks in the first sentence, and by this he means that Irene, his companion of 50 years, has begun to forget how to drive, cook, and take care of herself; sometimes she even forgets who her husband is. Prate is 75, a prickly do-it-yourself house painter in Greenville, South Carolina, who adores his cultured wife, a former teacher, for having chosen him over more promising suitors. Although he initially resists the urging of her doctor and of their only son, Newell, to put Irene in a nursing home, Prate finally recognizes that he can no longer give her the constant, watchful care she needs. Visiting her for hours daily at Rolling Hills, he learns in dismay that “the less you could take care of yourself, the less you were taken care of.” Newell, an overworked widower in North Carolina, needs to spend time at an artist colony in order to churn out paintings, so he leaves his reticent bookish nine-year-old son, Jackson, in his father’s care for six weeks. The setup is complete when Billie, the lonely single gal next door, turns out to be an admirer of Newell’s work and insinuates herself into the household by helping to entertain Jackson. The plot is driven forward by Irene and Jackson’s beneficial impact on each other, and by the predictable progression of Billie and Newell’s romance. The crux of this affecting story, however, is the delineation of Prate’s love and sorrow as he helplessly witnesses the degeneration of his wife’s fine mind. When she fails to recognize their home, for example, he feels “like a plug has been pulled and our lifetime together was draining away.” Colloquial in tone, braced by its narrator’s stoic, plainspoken candor, Hays’s latest outing feels timely and true.

An intimate, loving portrait of a dreaded disease’s devastating effects.” 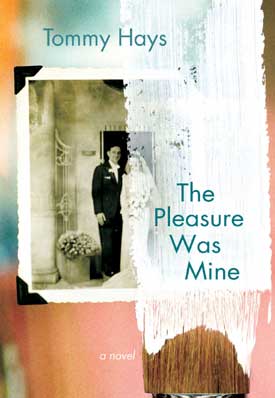